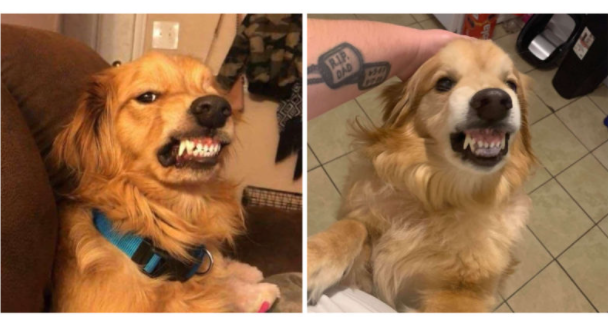 A guy called Dustin Kelly wanted to take a dog and visited a shelter to search for a friend. All the dogs barked as louder as they could to gain his attention.

A golden retriever called Zeus silently sat in the cage.
The shelter staff told the guest about his sad story. Also, they said that the poor man would be euthanized as no one wants to take him. 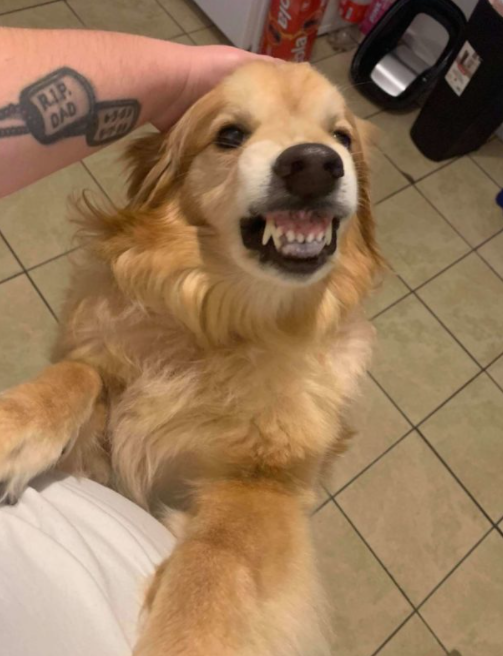 So, Dustin immediately wanted to take the dog.
But the staff said that it was impossible as the animal had a strange smile.

But something attracted Dustin to Zeus. So, he did not want to give up.
‘Honestly, I was scared when I first saw the dog, as he did not know how to smile correctly’ said the man. 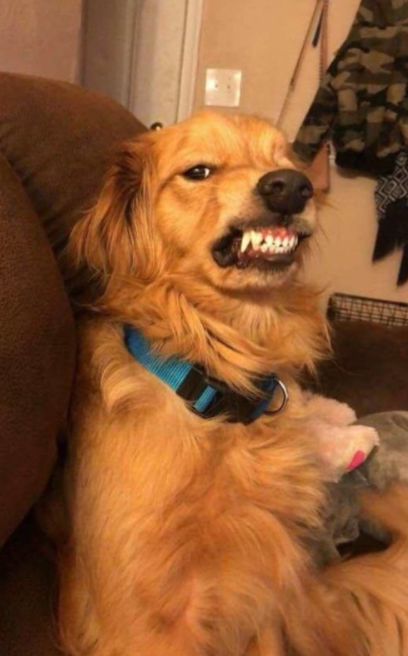 After some time their relationship improved.
Also, he understood that the owner is trustworthy. And this place could become his permanent home. So, he became a joyful creature.

The neighbors have already become used to his behavior.
So, the man now thinks that fate prepared them for each other.