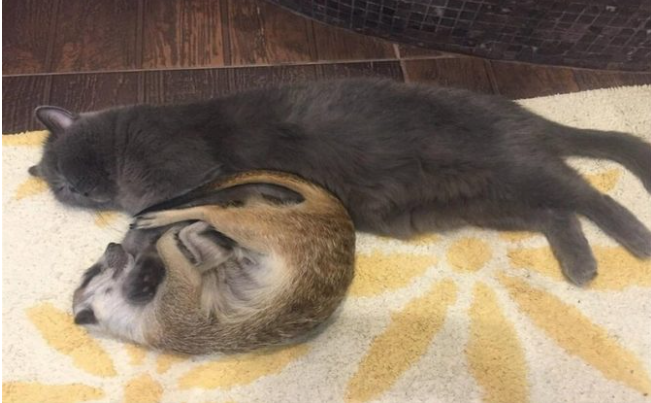 Meerkat considered the pet as his and did not let anyone come near to him.

Meerkat Surya was living in the Moscow zoo and sat all his life in a cage.
But we can consider him as a lucky star and due to the journalists’ efforts, he became a domestic pet who was surrounded by love and warmth. 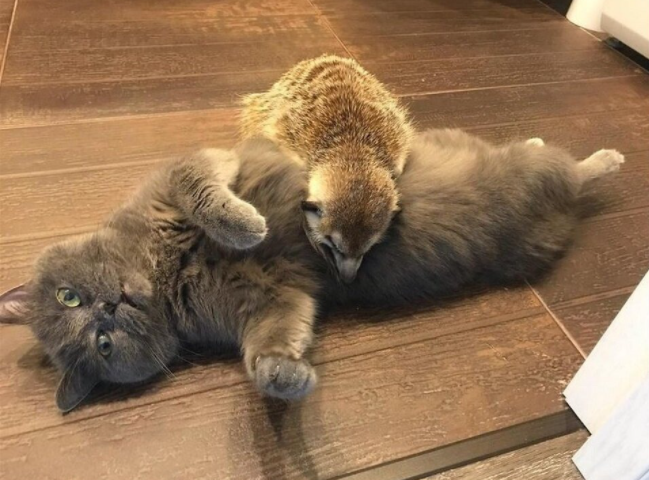 But there is also another thing that he is lucky in.
The woman who took care of him had also one other pet called Nice. The new family member quickly gets along with all of the family. 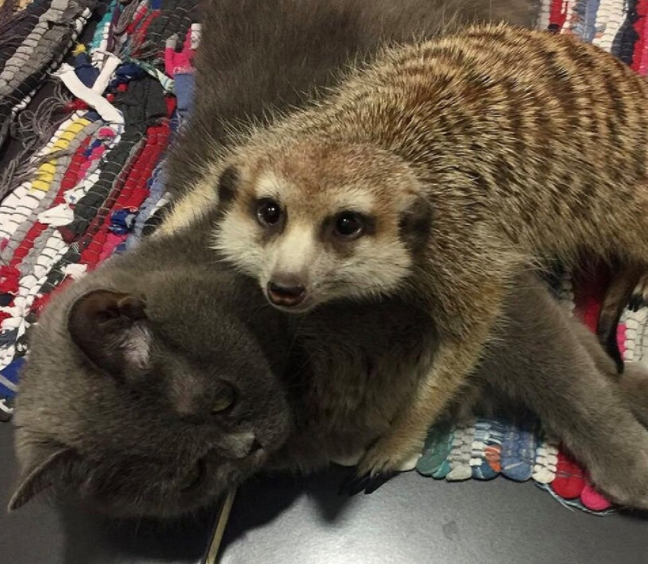 Moreover, after a short time, Surya became so attached to the cat that was jealous of everyone who wanted to come near to them. So he became furious when someone wanted to approach Nice.

On the other hand, the cat liked the attitude that was shown towards him. Also, he allowed Surya to take food from his bowl. They are always together and never part. So, they not only play with each other but sleep in an embrace as well.

Now they live in St. Petersburg together. They immediately become used to the new home. Also, they took over each others’ behavior. Now the woman keeps 2 cats.
So, this story is an example of 2 cats who were very different in characteristics but became close friends.