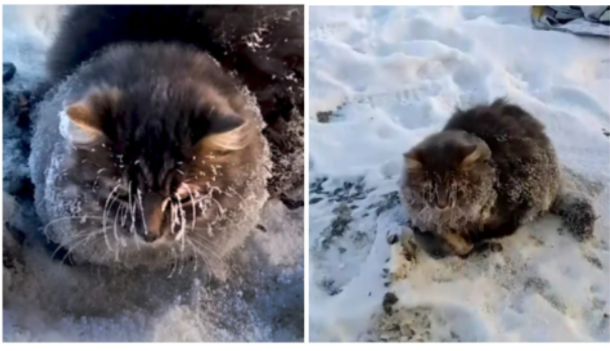 A poor cat was frozen in ice but fortunately saved and found a home.

During the cold winter, a man from Zlatoust city met a frozen cat. The weather was -35 degrees. The name of the man was Sergey, he thought that the kitten was hidden under the car. After finding him Sergey called the veterinarian to help the cat. 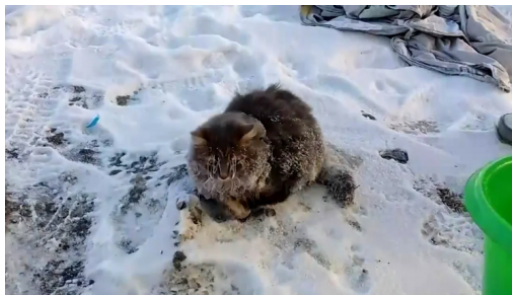 By getting familiar with the situation the doctor advised the man to put the animal’s limbs in the warm water. Afterward, he took the cat to his home, dried and laid him warm.

After some time the doctors came to understand if the cat had serious injuries or not. Fortunately, the cat did not have any serious problems now. The doctors think that the baby is no more than 9 months and he is a Siberian breed. 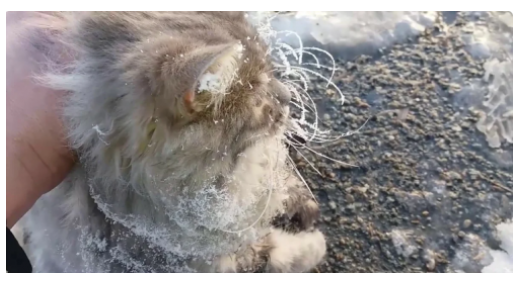 Unfortunately, the man could not take care of the animal forever. That’s why he had to find a home for this little creature. He took cute photos of the animal and shared them on the internet.

After a short time, the post got thousands of likes and popularity among people. Then, a girl called Sergey to take the cat.

The girl named Ekaterine called her cat Seymon. The girl says that the cat is not feeling so good that even forgot his past. The cat started to show his real character and now acts as a real member of the family.