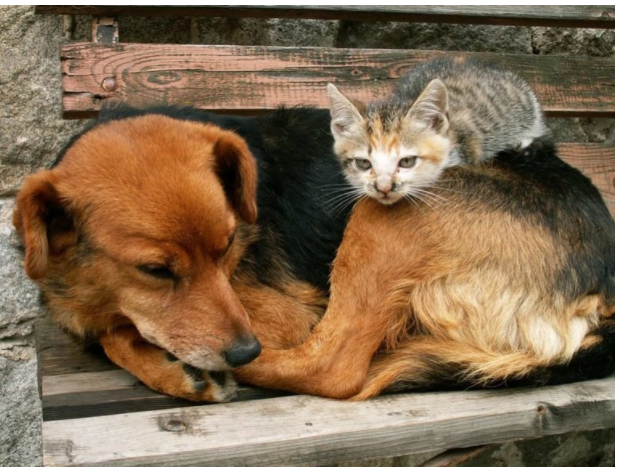 A dog hid his new friend for someday.

The dog named Count was sitting near the booth and waiting for the owners to feed him every day. But this time something was changed, when his owner brought the porridge he did not hurry to eat it. The woman thought that the animal was still sleeping but when she put the food down the dog immediately showed his face. He was happy and moved his tail. 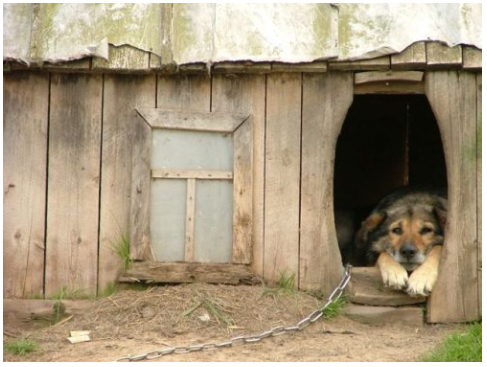 But after he finished eating he returned to the booth and stayed there the whole day. The owners started to worry about his condition. She thought that maybe the dog was feeling sick. 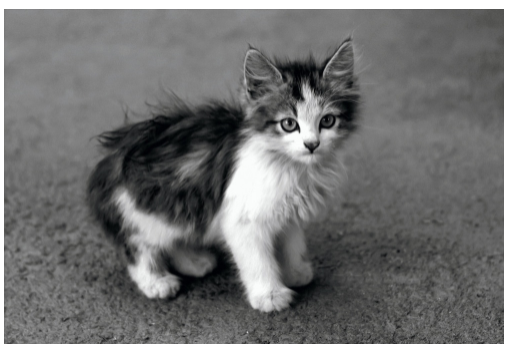 But his secret was soon revealed. The woman sent her husband to see what was wrong. When the husband came back he brought a white but dirty cat with him.
Look who was there and probably he was hiding the cat and that was the reason for such behavior, tells the husband and added that the dog did not let the man come near the animal.

The baby was left there and the woman cleaned him with her husband. The dog was now calm.
In the morning they both eat their food together.