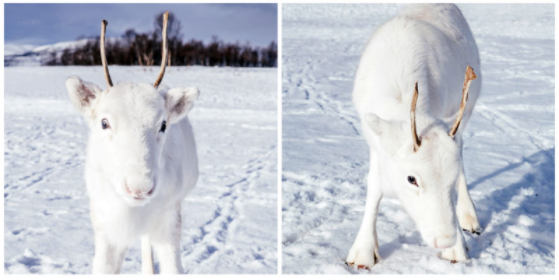 A baby deer was seen by people who looked like a hero from a fairytale.

A 24-year-old photographer named Mads Nordsvee met a rare animal when he was traveling across Norway. He was walking there to find a beautiful place to photograph for his album but suddenly met a little miracle. The baby was in white and barely seen in the background of snow. 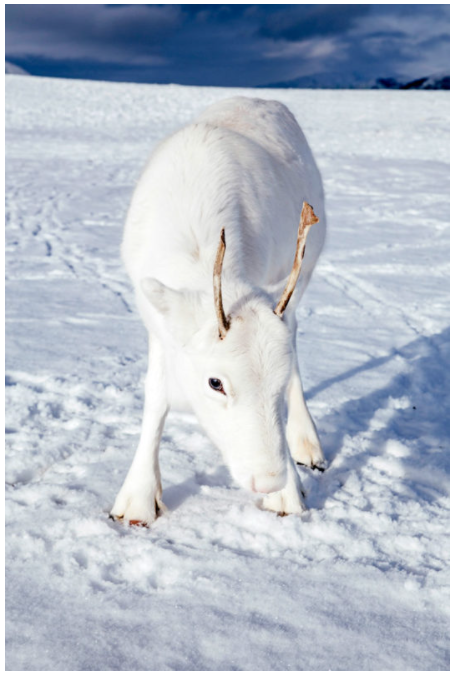 Surprisingly he did not try to hide or escape, on the contrary, he came close to the man and posed to get a beautiful photo. He walked with the man and after some time his mother appeared to take him. At first, he did not want to return but then joined his mother. 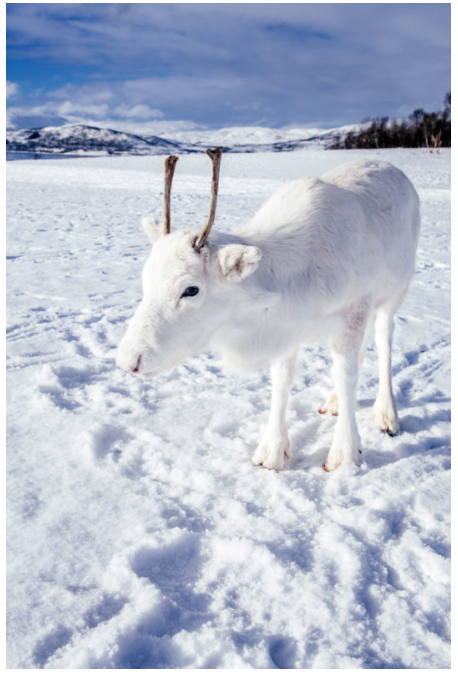 The man tells how miraculous the moment was and that it was a fairytale.
These breeds are special as they could integrate with the snow and be invisible.

Unlike albinos, they have different eyespots. But this was not the first time the photographer met wild animals. He also met lynx and wolves while traveling. So he has already many pictures taken with different animals and most likely the man has something special as they are not afraid of photographing with him.