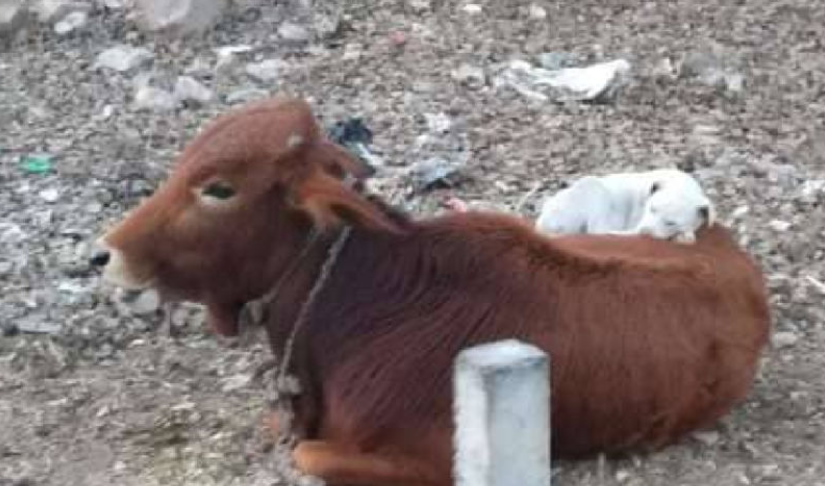 The dog decided to curl up on its back when it saw a cow who took a nap.

Sometimes we want to stop the time and take a picture so that we can later watch and remember the moment. Sarthak Gambhir captured that kind of moment so that we all can enjoy it.

When he was getting out of the home he noticed a cow. What was surprising was that there is also a dog next to him who hugged the cow’s back. The dog was sleeping and the moment was amazing. 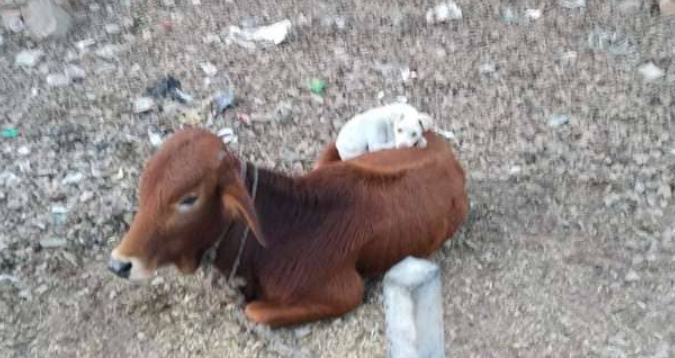 It was the first time I met such a thing, says Gambhir.
So as he was amazed and shocked he decided to approach them and capture them together.

Gambhir smiled non-stop.
He did now know if they have the same owner but anyway, they are amazing and were in a strong relationship.
He hoped that he would often see this pair together.