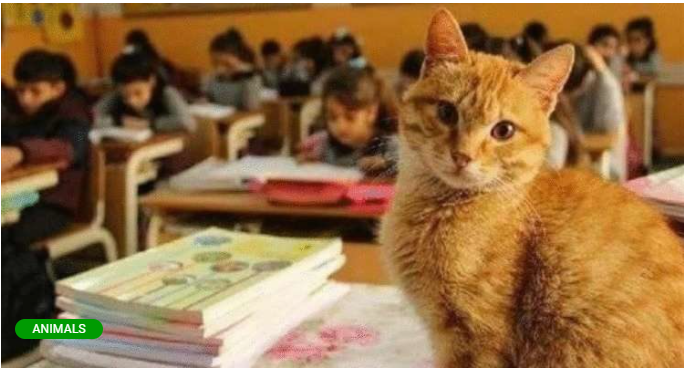 Students consider the cat their best friend and it lives in a school.

The little cat appeared in one of the Turkish schools. The kids started to look after him and they also fed and played with him. This cat became a guest in their school.

The cat mostly loved the students from 3rd grade. The school staff also liked the cat and they also took him to the hospital to make sure everything is good with him. Then the children named him – Tombo. 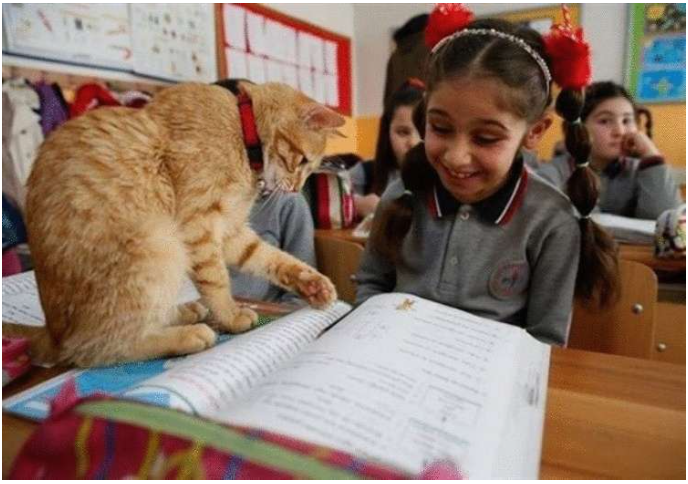 Also, the teachers noticed that the cat had a positive effect on students like no one of them screamed as they did not want to scare the kitten.
The cat in its turn also behaves very calmly in the classroom.
Kids sometimes make up stories about their best friends and present them to the teachers. 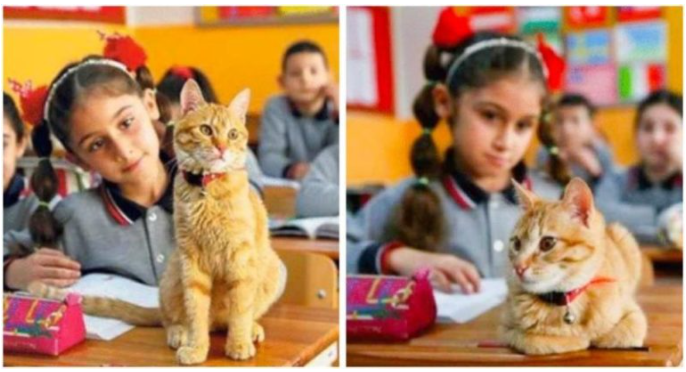 But once one of the teachers complained about the cat as she did not like its presence.
Then, they decided to provide a cat with a home and not let him go to school.

But Tombo was so tired that he refused to eat and even drink.

Later the school management decided to include the cat in their staff. Also, it had some duties to manage in the school.
And all the children were very happy about its return to the school.