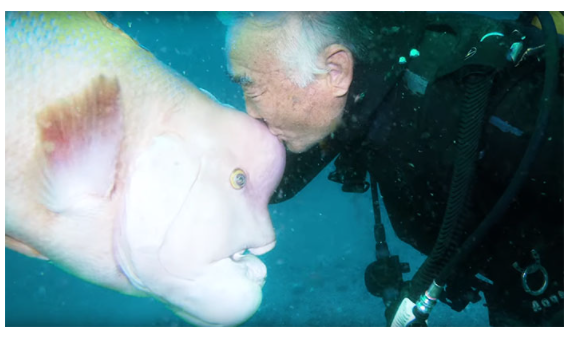 It’s already been twenty five years since the Japanese diver and the big fish are friends. 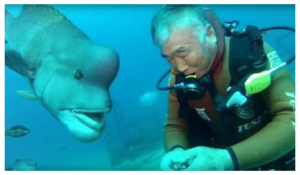 We always think that only pets can be real friends for us. But this is not always the case. Wild animals living in the water also need human’s help. Their story of a strong relationship began many years ago in one of Japan’s cities. A diver named Hiroyuki has an unusual job.

He dives every day into the water and keeps a shrine of Shinto. This is their religion. Once, during his diving, he saw a wrasse under the water. They immediately became friends and the man called the fish Yoriko. 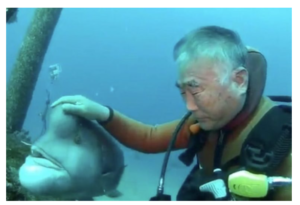 They met every day and they both loved their meetings. Later, the man helped Yoriko to survive. Once he noticed that the fish felt bad as he could not get food by himself.

The fish was either injured or sick. The man started to act immediately. He fed him and started to bring him
food every day so that he can survive. He brought 5 crabs each day. Gradually, he felt better. 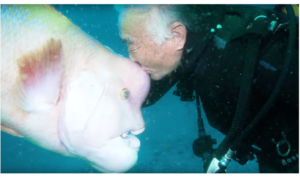 Now, when they see each other they kiss and their meeting cannot be considered as completed without it. Maybe you find that this is not pleasant, but more important is their friendship.

This story melts everyone’s heart and is very beautiful.