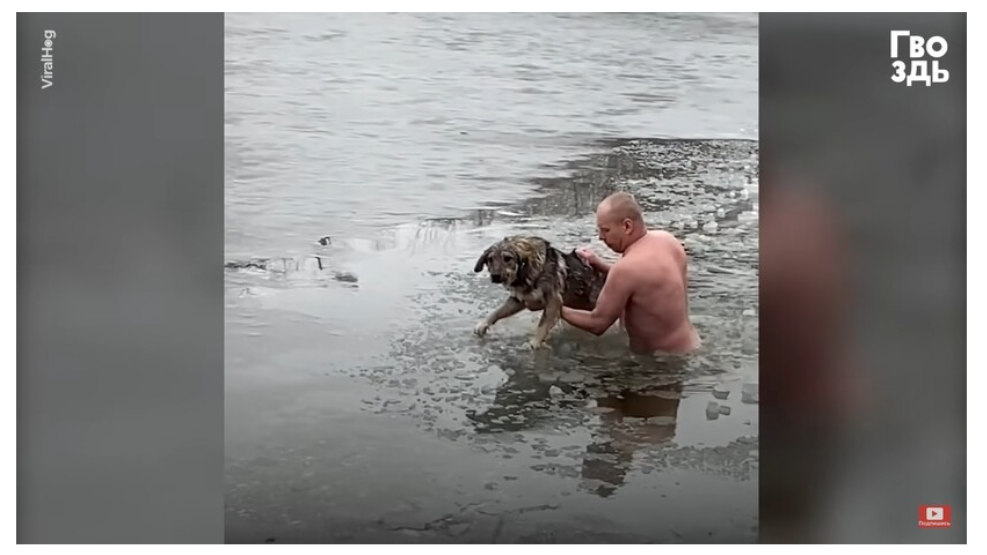 Even though the ice could crack. a kind man saved the dog’s life

People need to help homeless animals to overcome the feeding and heating problem. Also, there is another problem that animals face during the cold season. That is that they sometimes fall in the fragile ice and are unable to get out of the water themselves. This story is about a kind person who helped a mongrel to survive. 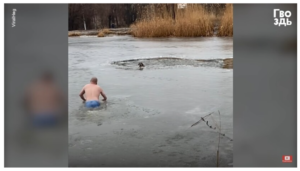 Two dogs appeared in the cold water. One of them was able to get from the water itself but the other failed to do so.

The children were afraid and tried to attract people’s attention. When people are gathered one of them remembers a person who works in this place and helps everyone who needs this. Afterward, they immediately asked for his help. So, the man named Yuri Mihajlovich arrived and started to take action and help the poor animal. 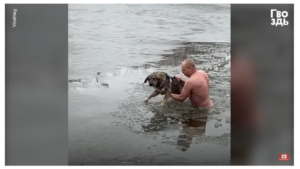 The man managed to help the animal as the pond was not so deep. If not he could not do so. So, both the animal and the man made great efforts. The animal was shocked but the feeling immediately passed after receiving the warmth and care that people gave him.