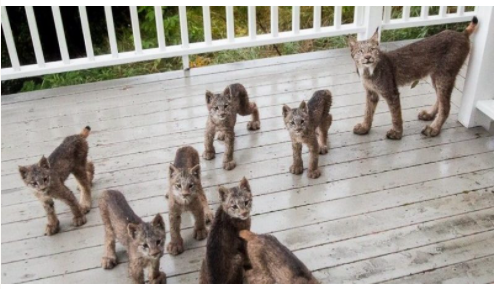 A photographer woke up in the morning because of some strange noises coming from the outside and saw a lovely lynx family on the porch.

A resident named Tim Newton from Alaska woke up early because of the sounds coming from the outside.
As he lives near to the forest he thought that it could be a wild animal or even a bear. 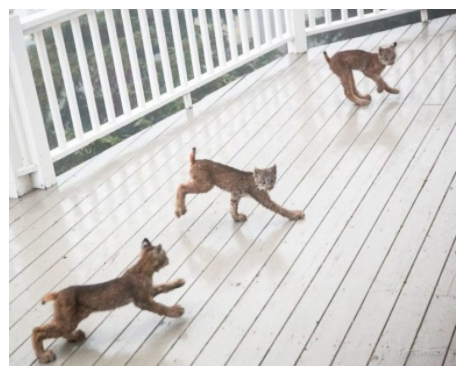 He looked from the window and was surprised by what he saw. There was a family of lynxes standing near the door. He was a photographer and took the equipment and hurried to take a picture of these beautiful creatures who were sitting on the porch.

The babies were playing at that moment. Then they pretended to attack one another. The man managed to take a couple of pictures of them. The babies were very beautiful. 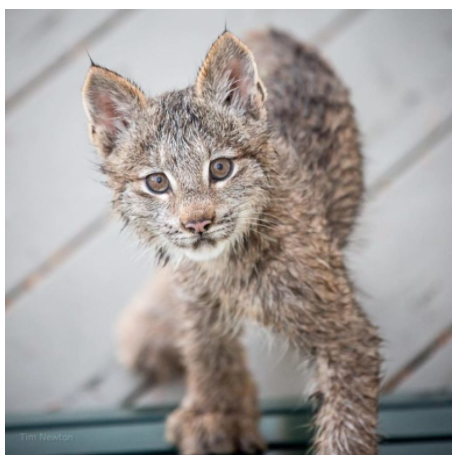 It seemed that the babies did not even notice him while the man was picturing them. But when he removed the camera the babies finally noticed the man.

Afterward, the mother took her babies and wanted to move to the forest.
They spent approximately 40 minutes on the porch.