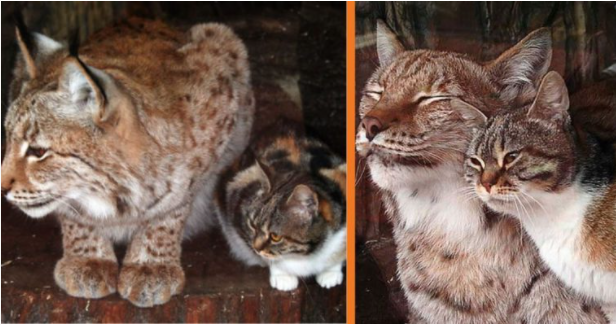 A homeless cat who needed food moved to the zoo park and became friends with a lynx.

Probably you think that friendship between domestic and wild animals could not be real. But the practice proves the opposite. Moreover, if they belong to the same species it becomes easier for them to find a common language. 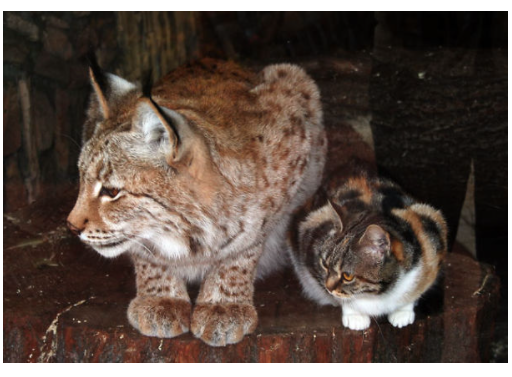 One day a stray kitten was wandering among St. Petersburg’s streets in search of food. And that day she was very lucky as she found not only food but a good friend as well. The cat could find big chunks of a beef carcass. She finds all of these in the zoo park, especially in one of the lynx’s cages. 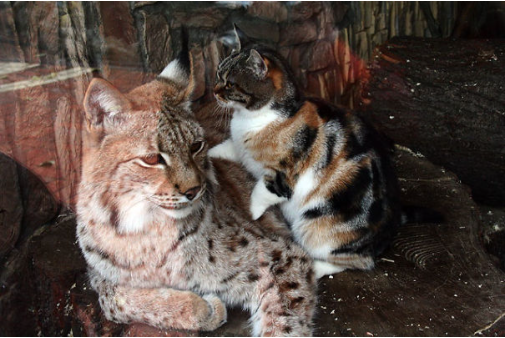 From first sight, it seemed that the owner would not like seeing the uninvited guest there. But something amazing happened. The big cat didn’t touch the little one.

And this has 2 explanations. Either the big cat felt that the little one would die because of hunger or maybe she felt a kinship. And now the cat often visits her new friend.

They do breakfast, lunch, and dinner together.
When the zoo staff noticed the animal they added the cat’s daily portion so that they all could get enough food.