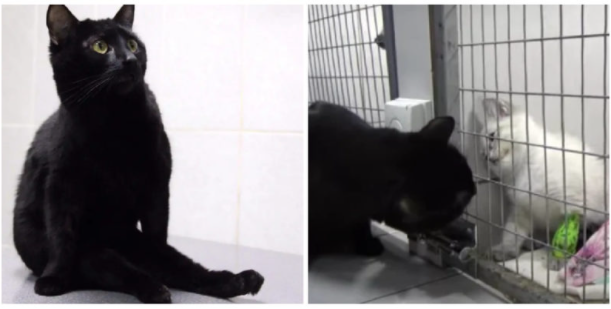 A black cat called Lucifer who was paralyzed spends his time in the veterinary clinic comforting the animals.

A cat called Lucifer from Russia is living in the veterinary clinic. He not only lives there but also works. So, he does an important job for all the animals and the workers consider him as a member of their staff. 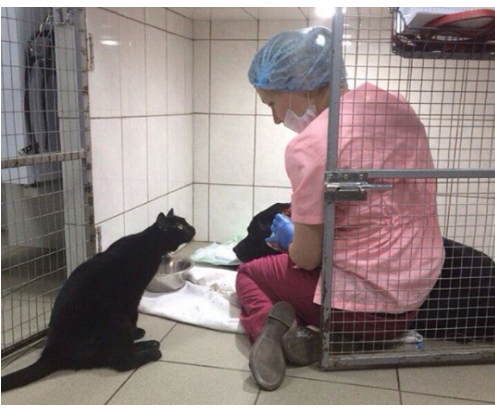 When the cat came to the clinic his legs were paralyzed. He knows what it means to be alone and abandoned. Probably that was the reason when the cat started to move with his front legs he tried to talk with others. 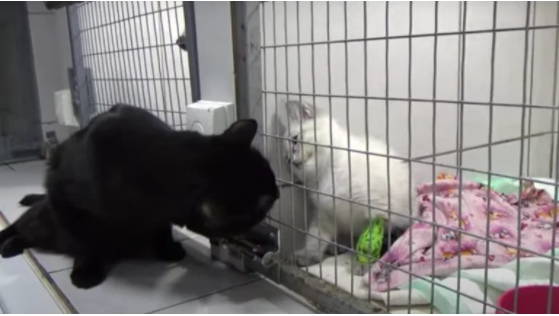 Once, one of the staff members saw how the cat sitting next to one of the animals started to calm him. Doctors are sure that when the cat is with the animals they all are feeling more relaxed. So, they captured the moment while he was working with animals.

Moreover, he became a donor for many animals and saved many lives. So, he is a beautiful man and his eyes amazed everyone. The staff of the clinic made a blog for the animal and soon he became popular among his followers.

We sometimes need someone’s help when we have difficult times, and in most cases, animals realize this sooner than people.